SYDNEY, AUSTRALIA 04.10.2016 – New dating apps for casual flirting or even finding love appear on the market every single day. These apps require “access permissions” which can grant access to malware, stalkers and phishing attempts. Not many users know this, however.

The Best Online Dating Personals Sites
Find it out here!

The reviewers at DatingSitesAustralia.com have examined 13 well-known Android dating apps in Australia with regards to their potential risks. Among them were Tinder, Badoo, Zoosk, Skout, Lovoo Elite Singles and eHarmony.

The focus concentrates on all access permissions which the app requires be granted for use. These include in-app purchases, access to contacts, photos, data and the user’s location.

Very few dating app users know that when they download an app, they’re basically exposed in digital security terms. This is what the most important results of our analyses show:

"One scenario would be that unauthorised SMS orders are being made via your smartphone. And then you have, for example, a year’s subscription for special cat food that you haven’t ordered",

When it comes to safety, dating apps from traditional matchmaking sites like eHarmony are probably the best because they smallest number of required access permissions. 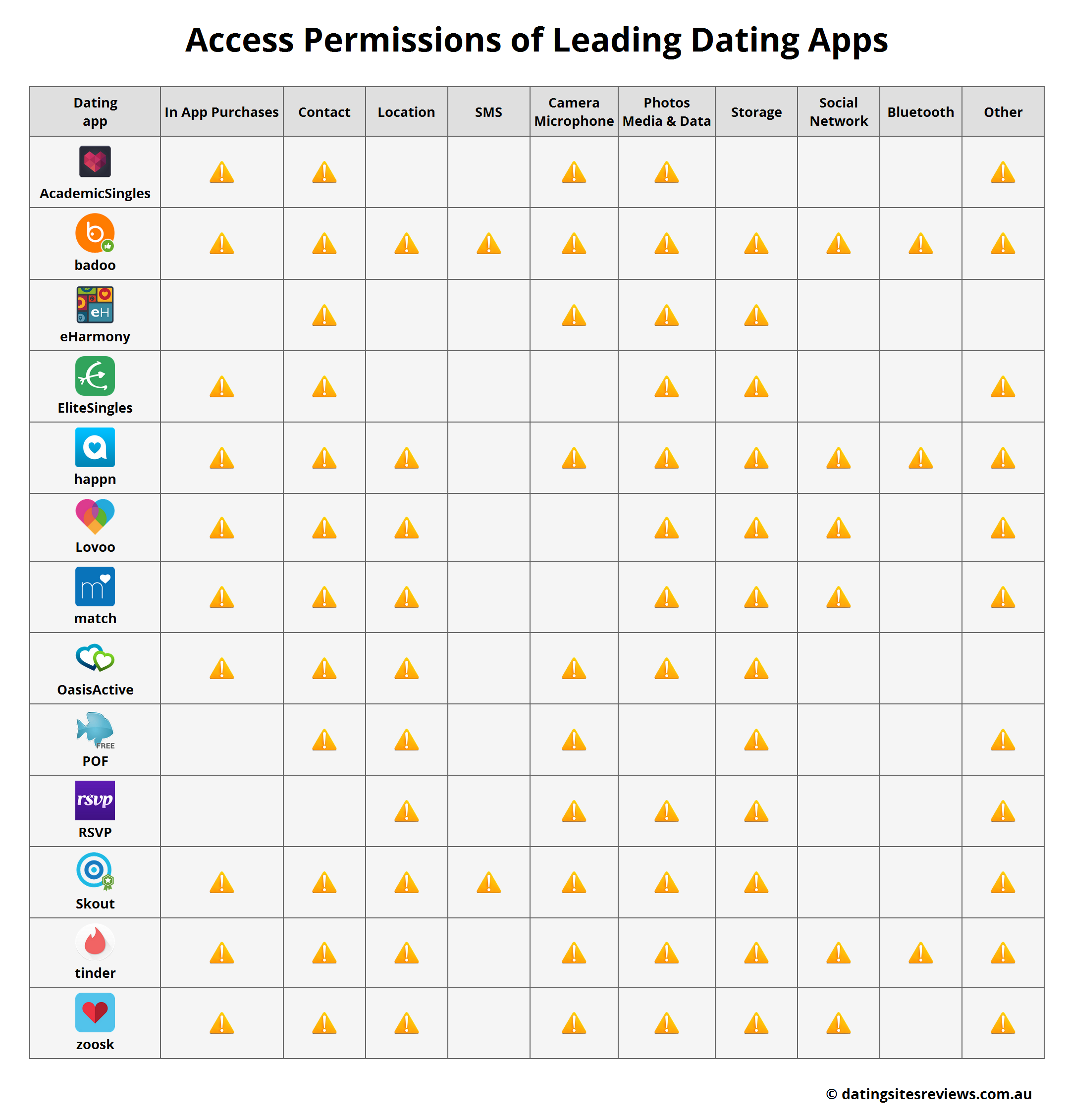