A Pretty Face But the World’s Worst Date

It is often said that you should never judge a book by its cover. Many more state that looks aren’t everything. Alli Reed, a columnist, decided to create a fake profile with the worst possible traits a woman could have. Reed wanted a profile that was so awful no one would dare message it. The results, however, were not what she was expecting. 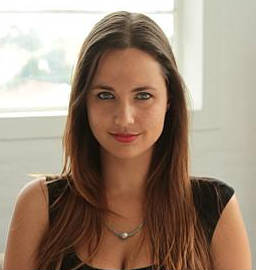 Rae Johnson, a friend of Reed’s, offered her photographs to use on Reed’s fake website. Johnson happens to be a model, so this was particularly beneficial. The worst traits were soon attached to the fake individual. These included a penchant for drugs and alcohol, being unemployed, racist, being a master manipulator and skilled at convincing people she was pregnant.

In spite of these undesirable traits, countless men responded to Aaroncarterfan’s profile page.

It was not surprising that the World’s Worst Date got so many replies. What was surprising was that she received 150 messages within the space of twenty-four hours. The comments on Aaroncarterfan’s page were not exactly the most enticing, either. She openly stated that she wanted rich people to message her, and enjoyed knocking coffee from the hands of homeless people.

The World’s Worst Date got progressively worst. Alli Reed went from being childish and immature to life-destroying insanity. According to her, she wanted to push the limits and see if there was a way to deter everyone from messaging Aaroncarterfan. Unfortunately, there didn’t seem to be. 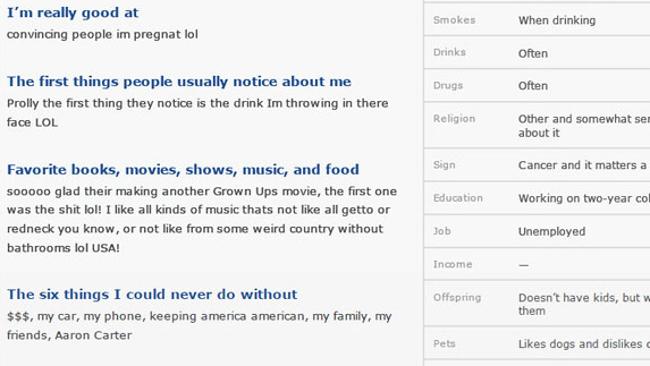 The messages continued even though Reed’s fictional character got worse. It seemed that some men just weren’t fickle at all, and would go for anything. She continued to refuse to believe this, however, and eventually ended up sending encouraging messages. Sadly, some people still weren’t turned off the World’s Worst Date. In the end, Reed figured that the best way to stop them was to stoop to Aaroncarterfan’s level and tell them to ‘stop effing messaging’ her.

If you're interested in improving your own profile, find out more here.

Picture 1: Rae Johnston: Rae Johnston gave permission for her picture to be used on the dating profile. (Source: news.com.au)

Picture 2: The fake profile was designed to be as bad as possible. (Source: news.com.au)