Dating app Wyldfire:
Where men have to request access

There's a new dating app trying to let in only the most desirable bachelors, by letting women choose who can join… 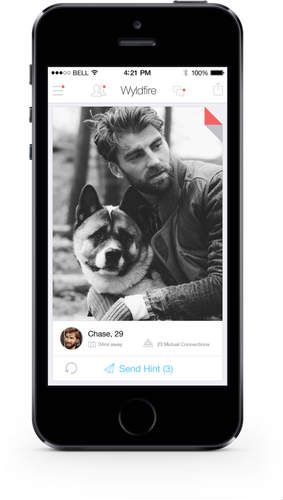 Wyldfire was conceived following the online dating experiences of Freeman and co-founder Andrew White. Women they dated were often on the verge of deleting their profiles, partly because they were being bombarded by creepy messages from men.

"We're trying to de-creep the process,"

Freeman said in an interview.

Users must have a Facebook account to log in and use the app, similar to rival Tinder. Women can invite up to 10 other people, in any combination of women and men, to join via SMS. Men can download the app, but to join they must either be invited or request access from a female user via SMS.

The app lets all users set their preferences to date either men or women, so it can be used by gay people, but a gay man would have to be invited to join by a woman.

It's "a wonderful and exclusive community for the eligible elite," the app proclaims.

After the invitation process, Wyldfire works like the yay-nay swiping on Tinder, and the swift judgments that go with that. Users swipe right to mean they "like" the person, left to reject someone. If two people like each other, they can start messaging. The app shows users other people who are near them geographically.

The app tells users whether they have any friends in common and also lets users send a "hint" before a match is made, to signify special interest. There is also a local events section coming to the app, the contents of which will be submitted by users.

Only 20 messages can be sent between matches on Wyldfire to speed up the process of meeting face to face.

Does this guy have any chances?

The app Wyldfire launched in New York, San Diego, Los Angeles, San Francisco, Washington, D.C., London, Boston and Chicago. Previously it was available only in beta in California. It's free for iOS. An Android version is in the works, said co-founder and CEO Brian Freeman