SYDNEY – The annual turnover of the Australian dating industry currently stands at a whopping 112 million AUD. Providers of online dating services in this country can create a considerable hype about the “Smartphone Generation” for the first time. With a per capita revenue of 5.5 AUD, Australia follows close behind the world market leader, the USA. These, along with the impact and consequences of the AshleyMadison hack on the infidelities of Australians, are also covered in the current market study from DatingSitesReview.com.au.

A steady boom dominates the Australian dating industry, with the market continuing to gain diversity and complexity. The lion's share in terms of sales is around 34 % of the adult dating division. When it comes to the number of users, however, the social dating providers come out on top.

Smartphone Users are Put Off Paying

In 2014 and 2015, dating site providers have, both technically and with a view to sales strategies, taken advantage of the growing number of smartphone users who are looking for a partner on the Internet. The users‘ willingness to pay is, however, considerably lower as that of PC users. Nevertheless, the operators have done a good job of gaining the profits through the use of in-app purchases.

Cheating in Spite of Data Theft

AdultFriendFinder (a sex contact site) and AshleyMadison (for affair seekers) were victims of hacking in the summer. Although the data of millions of members was circulated on the worldwide public Internet, the majority of users continued their search for an affair unfettered: the number of new registrations in August was in fact even higher than before the data theft. Liam Hennessy of DatingSitesAustralia.com states: “The AshleyMadison hack has indeed made the headlines, but this hasn’t forced faithfulness on Australian users.” 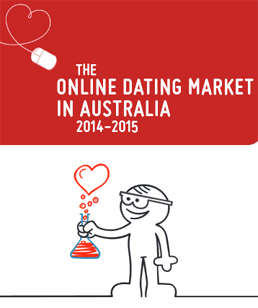