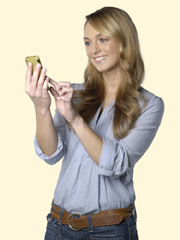 The former gives you access to millions of singles just like at your PC at home. Just take a look at some of the mobile dating apps we've tested out for you! This is: EliteSingles App

Over 16,000,000 users have already signed up to Elite Singles and this number is increasing all the time. Roughly 18,000 new users are here every week… and that’s just in Australia! With an aim to finding a serious partner and/or marriage, a lot of the singles here are really serious about what they’re looking for. Another great thing: over 70% of members are uni grads.

The EliteSingles.com.au app is therefore the same matchmaking site… just in your pocket! 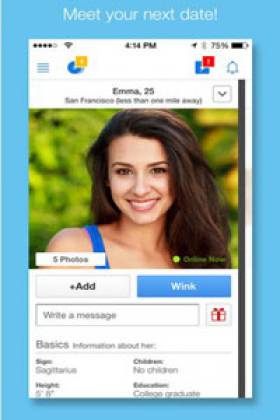 More singles who are more your style.

This is: Zoosk.com Mobile

Zoosk, after Badoo, is the second-largest social dating site in the world. Already claiming around 30 million current members, Zoosk’s popularity has literally exploded in the last few years.

Ever since the relaunch, the Zoosk App is something that we found to be more than just successful.

The Zoosk App of course allows you to search your local area and surrounding environment. There are also great member profiles to be found, as well as plenty of opportunities to strike up a conversation. Another interesting aspect of the App is the ZSZM Matching System. Based off scientific principles, it aims to take your data and find the best match for you.

Available in multiple languages, the Zoosk App is really a great thing to have on the go. Now you can flirt and date wherever you are! One of Australia's best adult and sex dating sites, RedHotPie.com.au proudly claims 1,500,000 registered users in Australia. RedHotPie is also more than just a sex contact site: there are features like adult chat rooms, singles events, meetups for swingers and more. RedHotPie doesn|t stop there: members can get an e-zine filled with advice on things like both normal and casual dating. So, there is a lot more waiting for you beyond the login page!

As well as RedHotPie’s rather full list of features, webcam chat rooms and sex parties are also organised in Australia on a regular basis. For those who want some side action or indeed want to get more into the lifestyle, this is not a bad place to start off.

You are not restricted to the laptop or computer with RedHotPie.com.au: a mobile app exists as well. So, what are you waiting for? 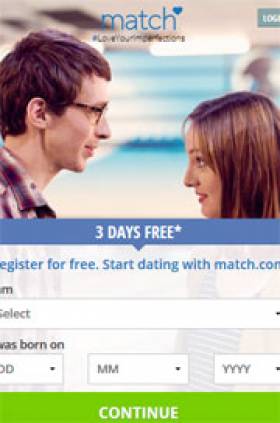 This is: Match.com App

Some might argue that Match.com is one of the oldest dating sites in the world... They have certainly been around for a very long time and have a membership base of over 60,000,000 members. They are still somewhat new in Australia, but are available both online and in the form of an app. 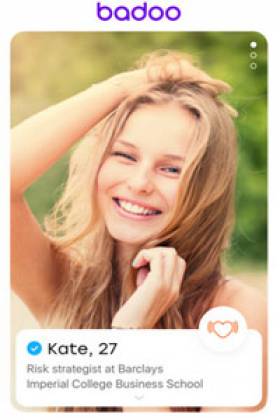 This is: Badoo App

The Badoo dating app works in a similar manner to the online dating site version, with a databank of well over 250,000,000 users from all over the world. The main aim of this service, however, is a little different to many other dating apps: there is not just a focus on flirting and online dating, but also a social aspect. Many people here are also looking for friends and activity partners. This is: RSVP App

RSVP is many things… and they also claim to be Australia’s no. 1 dating site. There are around 1,200 new singles who join every day. What’s quite unique, though, is that it is a specifically Australian site so there is little chance of overseas scammers as well as a higher chance of you meeting someone nearby.

The RSVP.com.au dating app is also available for those who want to check their matches and messages on the go, as well as what singles events are on in their area. Beat the odds, Bet on Love with eHarmony

This is: eHarmony App

EHarmony seems to be gaining some ground in Australia and there are already over 1.5 million Australia users. This is a matchmaking site that focuses on matching compatible singles together - the vast majority of whom are looking for their soulmate, a serious relationship and marriage. That's why eHarmony names itself a "relationship site" rather than a dating site. What lies behind Academic Singles is a matchmaking site that aims to bring together those who are looking for someone special. While not everyone on here is strictly looking for marriage or a long-term relationship, the majority of members are seeking out someone who is academically minded for dating and more. The pool is a lot smaller than a lot of other dating sites and apps in Australia, at 920,000 members, though this is growing. FirstMet, formerly AYI, has been revamped… and it's not half bad!

Beginning as a humble Facebook dating app in 2007, FirstMet.com has now grown into a mobile app with more than 30,000,000 users. Don’t worry if you have an old AYI account, you can still use it!

There is an "Are You Interested?" feature where "matches" will be proposed to you, based on your location, mutual friends and interests. Users can register and login to FirtMet via Facebook. This of course means that you don't have to spend a lot of time creating your profile or thinking of something clever to write. This is: Blendr App

Blendr has merged with Badoo. To find out more about the service, take a look at our Badoo report.

Blendr.com (powered by Badoo, which claims 250,000,000 registered users) is the new location-based social networking experience for those who want to get to know new people close to them.

You can adjust your settings so that you'll be informed when someone else with the same interests is close to you.

You can search and browse users by location, filter by interests, check-in to venues and see who and how many othe Blendr users have checked-in, private conversations...

The downside is that right now it is just for iOS devices (iPhone, iPad, iPod touch), but you can connect also via the Facebook app. This means you can access it from your computer or other mobile devices as well.

The good thing is that you can decide how much or how little of your location to reveal via the privacy settings. Find gay, bi, curious guys for free near you

This is: Grindr App

Probably one of the most well-known gay ating apps, Grindr began in 2009 and is still going strong. To this day, it has spread to over 192 countries. 4,500,000 users are currently using the app and many more are joining. The main focus here, however, is hookups and the use of a location-based dating service in order to chat.

You can therefore expect a lot of shirtless selfies and dick pics. Not that this will put everyone off, but for those looking for a long term partner, a gay matchmaking site often holds a better solution. Tinder is the latest in a long range of different mobile dating apps. Having taken the world by storm in 2012, the app is constantly growing. In some ways, it has been described as a mere hookup app, though it does have around 50 million worldwide users. Tinder itself is relatively easy to use, though.

There are no real profiles, apart from your Facebook page which the app uses. This makes Tinder something of a 'hot or not' game. 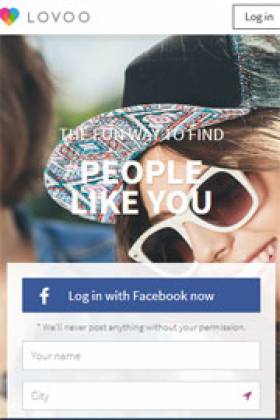 This is: Lovoo App

Originating in Dresden, Germany, Lovoo is becoming increasingly popular in English speaking countries like the UK and Australia. This dating app already has well over 10,000,000 downloads and is an interesting way to meet new people - more so if you live in a populated urban area. One of the mobile app's most definitive features is its method of finding singles: the "Flirt Radar" which shows you all of the singles that are available around you. 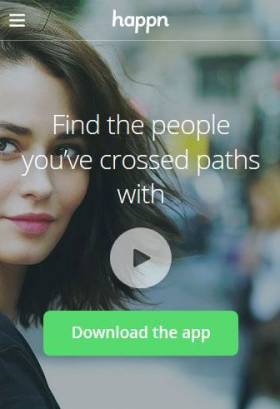 This is: Happn App

Happn is a relatively new mobile dating app for singles on the go. The idea behind it is that you cross paths with potential soulmates every day... So why not use an app in order to find out who they are? If you happen to cross paths with someone who also has the app on their device, you'll both be given a notification and can then strike up a conversation! With 500,000 downloads so far, it seems like a bit of fun. Looking for a friend or a date?

OasisActive.com is a 100% free mobile dating app that originated in Australia. It doesn’t just come in app form either: you can login to the desktop version and use whichever one suits you at the time. It’s something of an all-purpose dating app as it provides people with means to finding a serious partner, casual dating and simply making new friends. So far there have been over 10,000,000 downloads. This is: POF App

Known also as Plenty of Fish, POF.com is one of the world's biggest online dating sites. It is also free and has around 3,000,000 singles online daily. For Australia, that is particularly good. While there is a desktop site there is also the POF mobile dating app. So there is also flexibility here, as well as a matching algorithm which you can use via a "Chemistry Test". 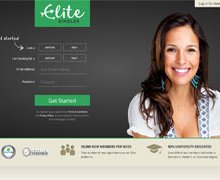 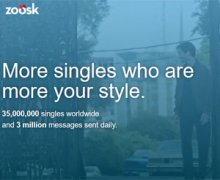 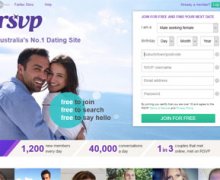 The Development of Mobile Dating Apps in Australia

Although mobile dating apps are a relatively new phenomenon both in Australia and abroad, their use has literally exploded in the last year. Tinder is, by far, one of the most well-known dating apps out there but don't let this fool you into thinking that your options are limited! The "swipe left, swipe right" culture of Tinder is on the tip of the iceberg when it comes to mobile dating in Australia:

These apps often contain and perform all of the features and functions of the dating site in question.

Female safety is often a big concern in online dating, and many mobile apps have seen the issue. As a result, a number of providers have taken the time to design apps that focus on ensuring that women have a pleasant experience and stay safe. This often brings about apps that make it only possible for female users to initiate contact.

Recently, there has also been a trend of "slowing down". Tinder, with its swipe-fanatics, has realised that the game is turning into little more than an ego-boost with few people actually bothering to talk with one another. Certain apps have come around to the idea of limiting the number of matches that you can receive, some even limiting users to one match per day!

Mobile dating in general is not necessarily a category on its own. Rather, it covers a wide spectrum of needs and desires that singles have. If you are looking for something specific, then do not be afraid to take a closer look at the other dating site providers we have reviewed:

If you would like more information and help on dating, don't be afraid to have a look at our online dating tips.

Up to the Test Winners
Top
Top